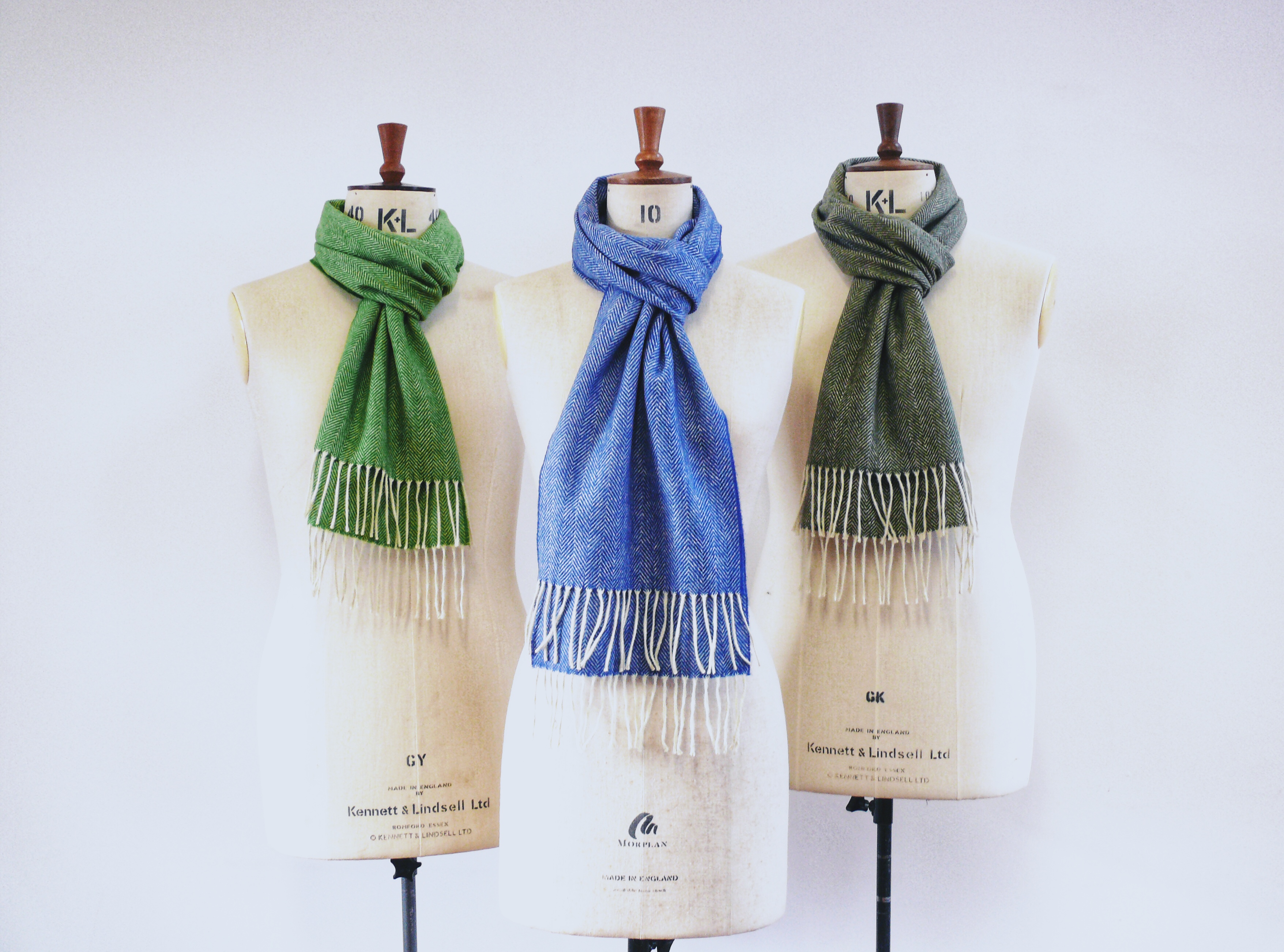 We launched The Great Northern Cloth with a Kickstarter and hundreds of backers made a huge success of it. Together we showed that a 100% locally manufactured, sustainable product can stand its ground in the market. Although the project was really only the result of a stubborn refusal to accept the status quo on my part, and not initially intended to result in a commercial product, carrying on was an easy decision to take. So we bought the new clip and did it all again.

In 2017, the most loved reward was the Napier Blue scarf and we decided to weave it again this year. Three other colour ways make their debut in this year’s batch and we worked on a mechanical finishing treatment to make the scarf even smoother.

When I went across West Yorkshire to take delivery, it was hardly surprising to run into sheep on my way; they graze the gentle hillsides wherever you look. But what about the former textile powerhouses, the mills, omnipresent in this landscape wherever the open country condenses into small towns? This is where the link is broken. The woollen mills, once the beating heart of the UK textile industry, are no longer operating, with a few notable exceptions. You would be forgiven to ask the obvious: why are they not running, as the raw material for the world renowned, fine West Yorkshire cloth grows on the backs of thousands of sheep, right here.

The answer can be found in the country’s colonial past: although we have more than 30 million sheep in Britain, we are not using their wool to make one of our most iconic products. The reason? For over two hundred years, the Merino breed, producer of the finest wool on Earth and native to Europe, has been farmed at the far end of the globe: in Australia and New Zealand. Vast pastures and mild climes meant it made economic sense to outsource the supply. Sustainability was not a concern when Captain James Cook discovered the Antipodes for British interests. Enhanced further by the groundbreaking inventions in textile machinery that kicked off the Industrial Revolution in the North, the big mills were at full capacity.

Weaving is a skill that can’t easily be transferred to another country; it takes years to acquire and is often passed down from generation to generation. Some of the great woollen mills in the area have survived for that reason and are still going strong today. But the downside for the UK textile industry manifested itself with the dawn of globalisation, when related processes like scouring and carding, spinning and dyeing – skills that are easier to pass on – began to be outsourced to lower labour cost countries.

Carried out ‘on the way’ across the sea, these processes now take place wherever on the globe it is cheapest, also allowing circumventing environmental or labour protections legally. Once these jobs were gone, the mills closed down and skills were lost.

We have shown it made sense to pause and rethink. We now know it makes sense, rather than to ship raw material around the globe, to grow it ourselves instead – and pay everyone involved in the process a fair price. Growing wool for textile production generates a return for the duration of the life cycle of the sheep, up to 10 years. Young farmers are now beginning to look into keeping the sheep for a sustainable income, as a result of this project. We can all be proud of that.